PMI successfully worked to achieve the goals of the plumbing manufacturing industry during the first six months of 2019. PMI voiced concerns about the impact of tariffs on PMI members, named two new members to the PMI Board of Directors, continued to gain approval on technical recommendations, opened registration for the PMI19 Conference, introduced new member benefits, enhanced the visibility of PMI through the media, and much more.

A letter welcoming members of the 116th Congress highlighted the plumbing manufacturing industry’s opposition to tariffs, the need to invest in national infrastructure and the training of skilled manufacturing workers, and the importance of water-efficient plumbing products. 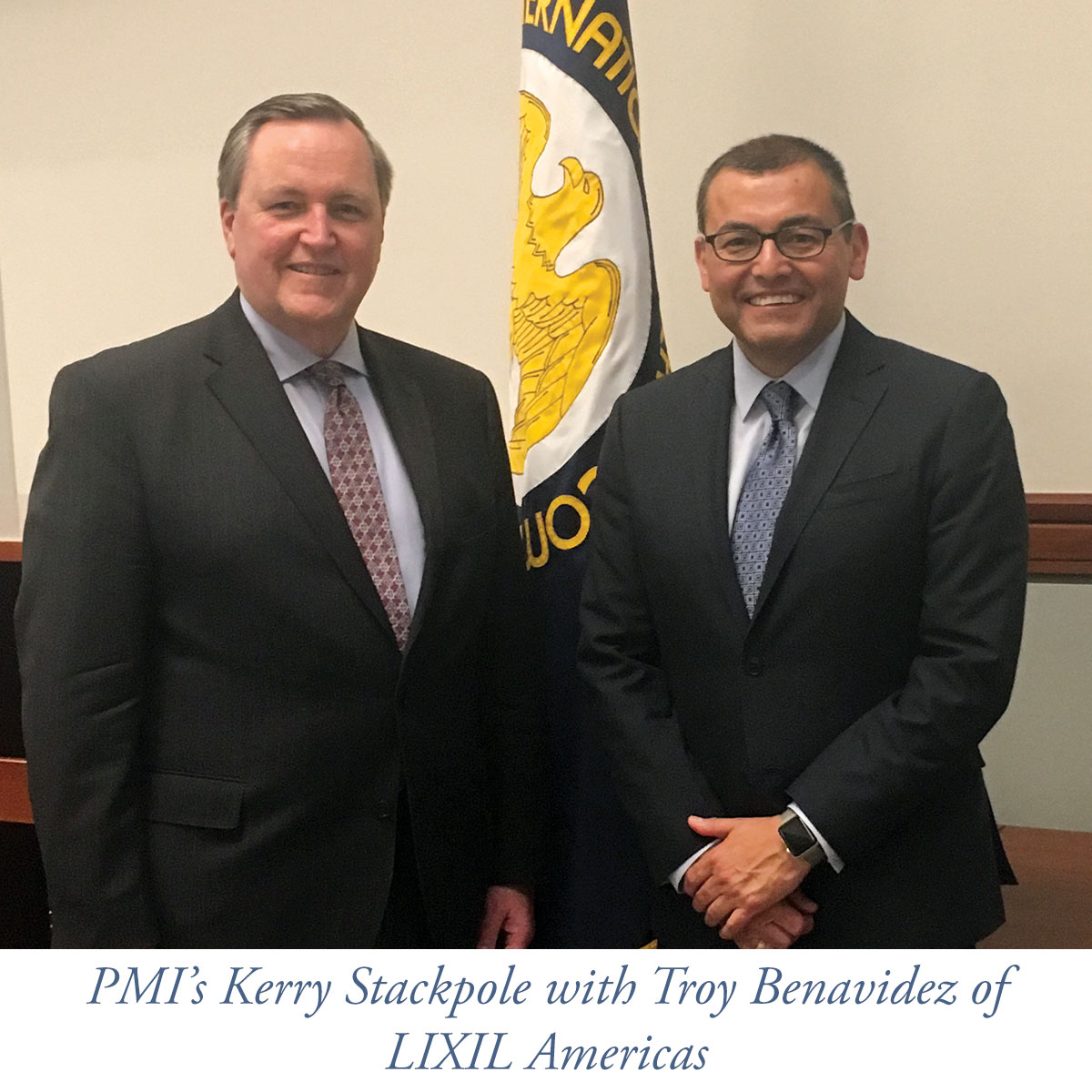 PMI advocated in opposition to the Section 301 List 3 tariffs, which began at 10% in Sept. 2018 and increased to 25% in May 2019. These tariffs impact $200 billion worth of Chinese goods, including dozens of plumbing products. PMI provided frequent updates on the tariffs issue to PMI members and hosted a webinar on the United States Trade Representative’s (USTR) recently announced exclusion process for the List 3 tariffs.

On June 17, PMI CEO/Executive Director Kerry Stackpole testified on the adverse impact an additional $300 billion of List 4 tariffs the Trump administration is planning to begin on Sept. 1 would have on manufacturers, their supply chains, workers and consumers, as well as on the construction and renovation markets. PMI and PMI member companies Moen, Pfister and Water Pik all testified in opposition to the tariffs, as part of the seven days of USTR hearings with over 300 witnesses. On hold as of the publication of this report, List 4 tariffs would include ceramic/porcelain toilets, urinals and sinks, as well as showerheads, plastic parts and stainless-steel racks for sinks.

PMI engaged with lawmakers and key staff on the tariffs issue while participating in the Americans for Free Trade Coalition of more than 200 trade associations spanning the agriculture, manufacturing, retail, technology, and oil industries. The coalition sent letters to the president, Congress, and USTR; launched a digital ad and videos that highlight the impact of the trade war in the U.S.; and hosted dozens of town meetings across the county. PMI is also an active member of the National Association of Manufacturers China Task Force and United States-Mexico-Canada Agreement (USMCA) Coalition.

PMI met with staff of dozens of congressional members in an effort to have the House Interior-EPA Subcommittee insert report language calling for the inclusion of the WaterSense program in the fiscal year 2020 budget. The full House approved a broader House Appropriations Committee bill in June containing this language. Many thanks to House supporters, including subcommittee chair Rep. Betty McCollum (D-Minn.) and ranking member Rep. David Joyce (R-Ohio).

Operating on only a $3 million annual budget, WaterSense has saved Americans 3.4 trillion gallons of water and $84.2 billion in water and energy expenses since 2006. The Trump administration’s fiscal year 2020 budget recommended the elimination of the WaterSense program.

D.C. Legislative Forum and Fly-In Provides PMI Members Briefings and Access
PMI members participating in the Washington D.C., Legislative Forum and Fly In on May 7-8 received briefings from policy experts on issues such as housing and construction, tariffs, the USMCA, infrastructure legislation, privacy and cybersecurity, and stainless steel, cobalt and nickel in the European Union and U.S.

Attendees visited lawmakers and staff in 25 congressional offices to advocate for the preservation of the WaterSense program, passage of the USMCA, and infrastructure legislation. Members highlighted concerns over tariffs, which harm plumbing manufacturers and consumers. PMI emphasized that China must be held accountable for its failures to meet its obligations under the rules-based international trading system, but using the American consumer as a means to punish China simply will not work.

At the May 14 California Legislative Forum and Fly-In in Sacramento, the PMI delegation held advocacy meetings with California legislators and executive branch officials on key policy issues such as parameters for the indoor use of recycled water, consumer privacy, single-use plastic packaging, green chemistry, and flushable wipes.

Martin Knieps and Michael Martinez Join PMI Board of Directors 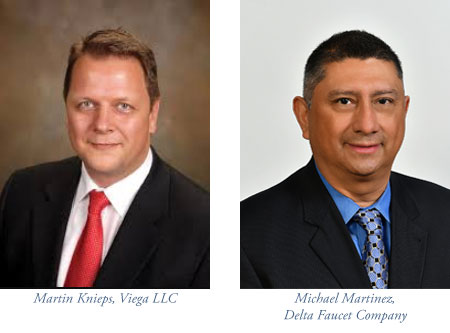 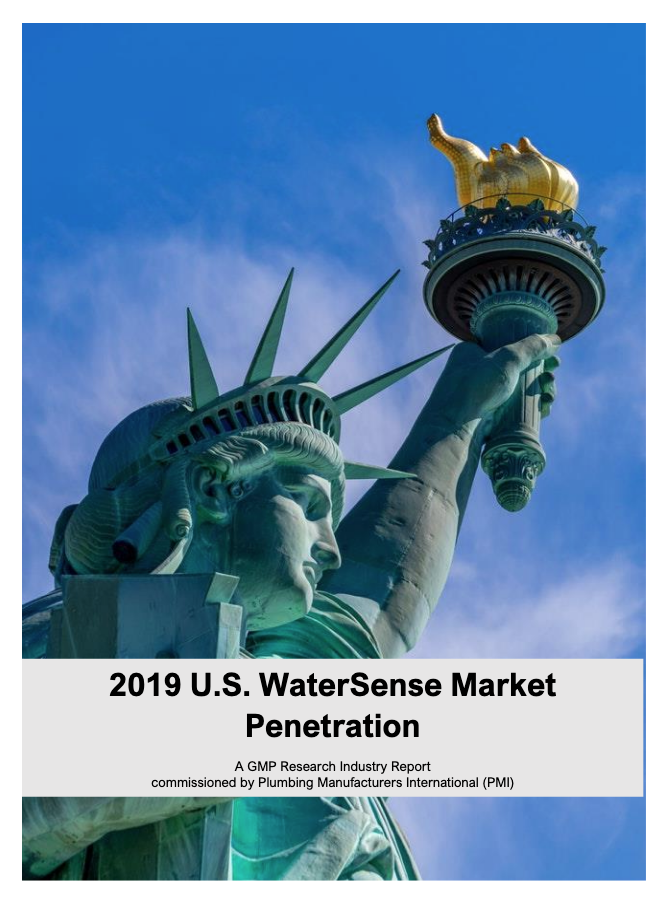 The percentage of American homes with WaterSense bathroom products has increased, but most residences still do not have these water-saving plumbing products, say the results of the 2019 U.S. WaterSense Market Penetration Report commissioned by PMI and published by GMP Research, Inc. PMI thanks all members that shared data with GMP Research. To demonstrate the tremendous upside in the market for manufacturers of WaterSense products, PMI shared the report with EPA WaterSense as the program reviews WaterSense product specifications in accordance with America's Water Infrastructure Act of 2018. 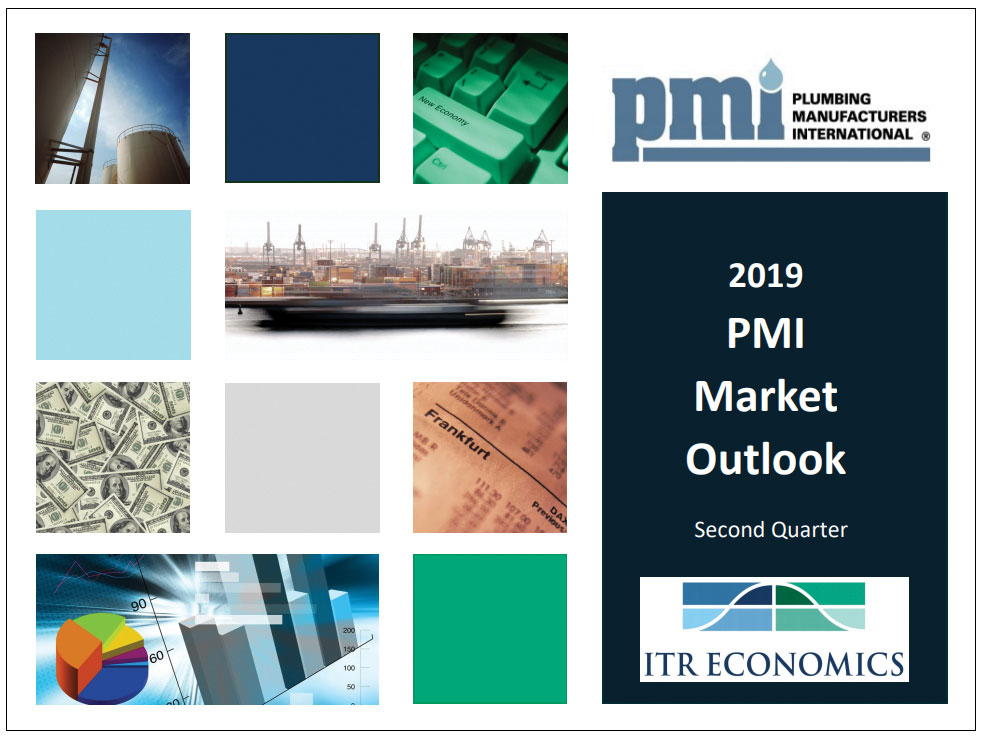 PMI's on-demand, e-learning course, “Part 1: A Primer on Standards, Regulations, Codes and Conformity Assessment,” can be taken at any time or place, at the convenience of the professional's schedule. PMI's Technical Director Matt Sigler and industry partners updated and reformatted the course's content, which is carefully curated for today's plumbing manufacturing professionals and is ideal for anyone new to the industry or desiring a refresher. No traveling is required because registrants access this program using PMI's new online e-learning tool. An optional 25-question exam tests comprehension.

To help spread the word about careers in plumbing manufacturing and add value for members, PMI has published a webpage listing the career-related website pages of its members, as well as members' LinkedIn company pages. Students and others looking for career opportunities are encouraged to peruse these listings to gain an understanding of the broad array of positions available and to apply for positions of interest to them.

New PMI@Work Blog Addresses How to Attract Talent to Manufacturing

As a value-added service to PMI members, PMI published "Disclosure Fundamentals: Conflict Minerals and Plumbing Products." The report serves as a resource for plumbing manufacturing companies with questions about conflict minerals reporting, disclosure and compliance. 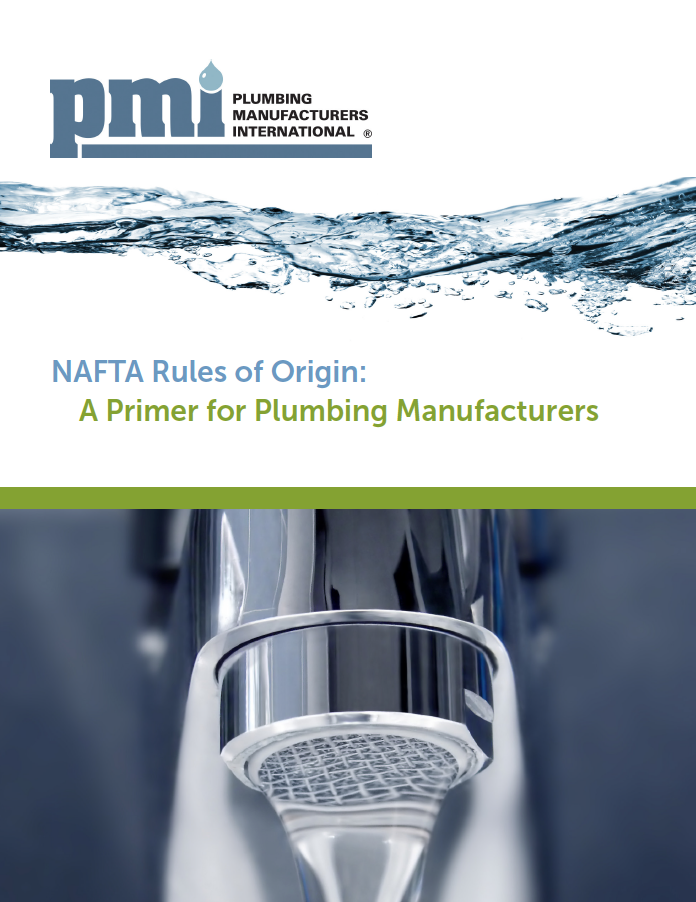 Produced exclusively for PMI members, "NAFTA Rules of Origin: A Primer for Plumbing Manufacturers" was developed to help PMI members better understand the basics of North American Free Trade Agreement (NAFTA) Rules of Origin. The report can help members to determine the country of origin for products, as the origin of a product can affect a company's marketing requirements, rate of duty to be paid, and eligibility for special programs. Rules of origin can make international trade simple when all product parts are manufactured and assembled primarily in one country. However, when various elements of a finished product come from many countries, determining origin can be complicated and time-consuming.

Due to improved members-only content and the switch to the new Membee system, visits to PMI’s members-only portal totaled 3,372 for the first six months of 2019 vs. 4,741 for the entire 2018. Social media engagement on Twitter is up with significant increases in comments, likes, shares and followers so far in 2019 compared to the 2018 pace. On LinkedIn, there has been sharp increases in members to the PMI Group page and to followers of the PMI Company page (352 new followers in last six months out of total following of 1,462).

PMI members can qualify for a PMI Pride prize drawing my participating in a PMI committee conference call or educational offering, sharing or commenting on a PMI social media message, joining the LinkedIn PMI Group page or following @SafePlumbing on Twitter, or participating in any other kind of PMI activity.